It’s an Open Secret: Tesla’s Getting a Great Deal on SolarCity

Read our take on Tesla's acquisition of Solar City. 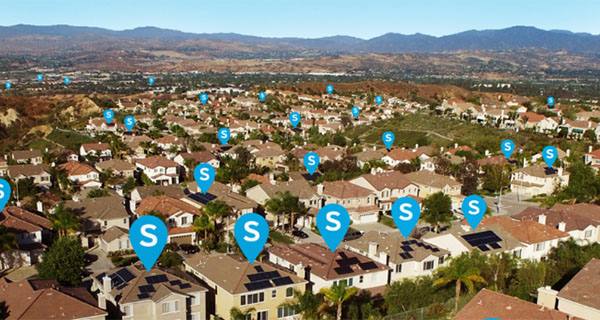 Tesla announced plans to acquire SolarCity and incited broad disagreement among investors and the media. Some commentators say they can see the synergy between electric vehicles, rooftop solar panels and energy storage.

In truth, it doesn’t take the reveal of a master plan to recognize that the residential solar opportunity is massive in its own right. Now with rapidly declining energy storage costs, home solar plus storage and electric vehicles will provide new consumer choice for how Americans power their homes and their cars.

Earlier this year, home solar quietly reached a million homes, twice the number of EVs on the road. Electric vehicles are progressing towards mainstream affordability, but solar has already reached a wide spectrum of household income levels. This is because widely available financing eliminates upfront investment and provides energy bill savings from day one. Lower solar costs point towards nationwide consumer uptake.

Low-cost home batteries to store solar electricity will ignite the full shift to self-powered mobility and clean electricity sooner than many think possible. Consumers are set to leave the fossil energy supply chain — including its price volatility and pollution — in the dust. Instead, their energy costs will be lower and locked in — as reliable as the sun rising each day.

In leading edge markets, consumers have started embracing an ecosystem of advanced, clean technologies, for example, home solar paired with EVs. There are already tens of thousands of electric vehicle owners — as many as 40,000 in California alone — who have adopted rooftop solar panels in tandem with their EV. Whether you’re in sunny California or a cloudier part of the U.S., just eight to ten of today’s standard solar panels will generate the electricity needed to drive an EV for daily use, or 10,000 miles a year, for less than the cost of utility electricity.

The combination of solar with stationary energy storage is so critical because it opens the door, even more widely than with solar alone, to a new form of consumer choice in energy providers.

Since the modern grid was invented, customers have only had one option to get electricity — their monopoly utility. Now for the first time in a century, customers with rooftop solar and storage have a choice to generate affordable electricity for consumption right at home.

This is happening because energy storage costs are dropping fast. There’s substantial pricing pressure today put on new battery manufacturers seeking to compete with incumbents. For example, manufacturing giant LG will deliver batteries to GM in 2017 at prices far below what analysts have expected, and will undercut Tesla’s current pricing by 50 percent or more.

Consumers today are accustomed to and demand choices. This is happening across hospitality and entertainment. Technology is creating new choice in the $500 billion annual market for cars and light trucks and in mobility generally — the comparably massive $400 billion annual electricity market will not be an exception.

Winning customer trust in new technologies and deploying solar, storage and EVs into the trillion-dollar transportation and electricity market will determine whether it is incumbents or newcomers who will command the market. I believe that those with the proven ability to do so by leading with home solar have important advantages.

In the auto industry, it is a tall order to directly compete with the likes of BMW, Nissan, and GM given deep customer loyalty built over decades. In electricity the incumbent status of utilities is self-evident, but customer loyalty is not. Americans may be devoted to a car brand but they have no loyalty to their electricity utilities.

Now that rooftop solar beats retail utility electricity prices in 15 states and counting, agile home solar companies have attracted today’s consumers with superior experience plus a compelling savings proposition. This is demonstrated by their customer experience scores on par with Southwest Airlines or Zappos.

Home energy management with solar, storage and EVs, plus smart in-home technology for comfort and reliability, are things that central utilities aren’t equipped to deliver and that consumers don’t trust them to reach into their homes to provide. Solar providers have already been invited in.

Consumer choice empowered by the unique flexibility of modular technology to generate and store energy at any scale or location (and then fuel our cars with it) is unprecedented. There is an enormous transformation of the combined trillion-dollar transportation and energy sectors underway. In coming years, new players will take their place alongside existing incumbents. In an environment like this one, those willing to be bold will be rewarded.