Time-of-use metering is a method of measuring and charging a utility customer's energy consumption based on when the energy is used. Utility companies charge more during the time of day when electricity use is higher. TOU rates vary by region and utility.

TOU is broken into three main groups based on time of day and amount of electricity demanded. These groups are peak, off peak, and mid-peak (also referred to as shoulder time).

Peak rates are the time of the day when energy demand is the highest. This is usually late afternoon into the evening when people get home from work and start using their appliances more heavily. During this time, local utilities charge the highest rate for the electricity used.

Off peak rates are during the time of day when energy demanded is the lowest. This is usually late morning into early afternoon when the energy being demanded is lower due to significantly fewer people being in their homes.

Mid-peak, or shoulder time, rates are during the time of day when energy demand is ramping up or ramping down. People get home from work and wind down for bed at varying times, therefore making the energy demanded increase and decline over multiple hour periods.

A Brief History of Time-of-use

TOU metering is being implemented by various utilities around the country to ease the strain on the grid by changing consumer behavior. When too much energy is being demanded from the grid, the likelihood of power outages increases. By charging utility customers more during times when energy is statistically demanded more, they create an incentive to use energy during lower electricity demanded hours of the day.

Having a solar battery storage system can help mitigate spikes in your electric bill due to TOU rates. Your battery can charge up during the day when solar energy is plentiful and demand is off peak. Then as solar energy availability winds down and peak demand rises, the solar battery can discharge to power your home; saving you money by not having to pay for electricity with higher rates. 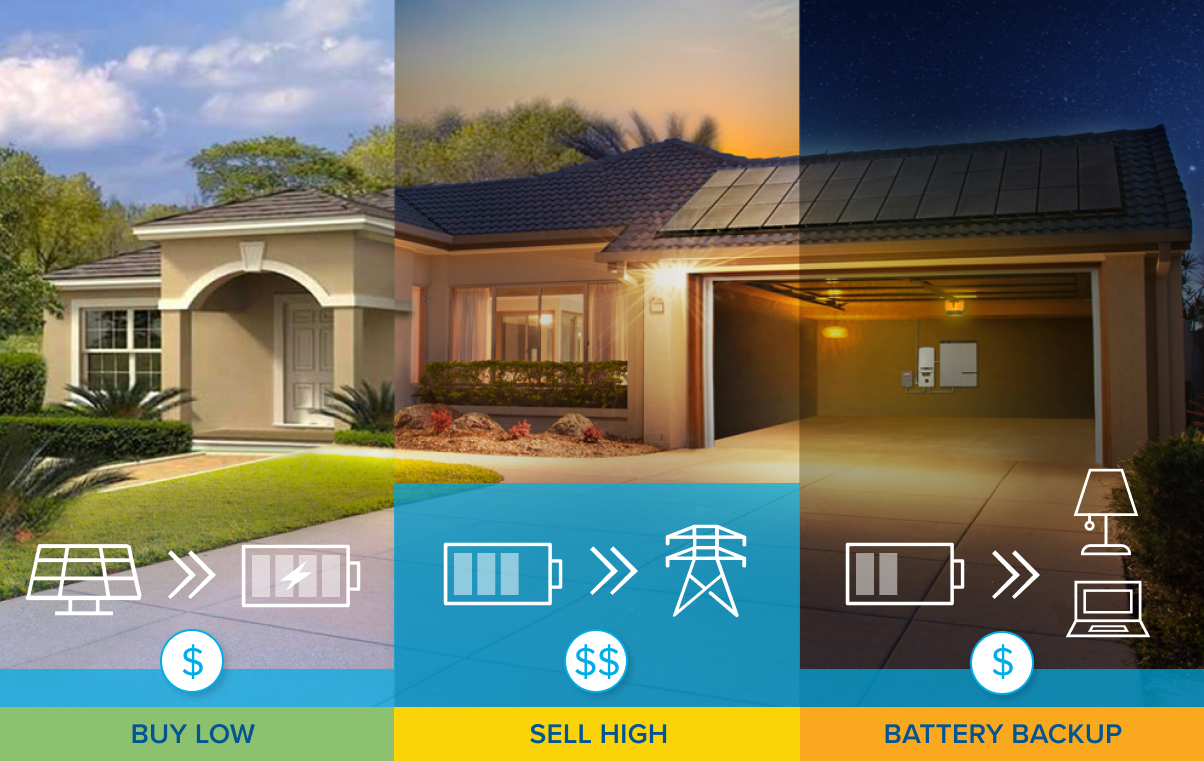 If net metering is available within your utility, you can increase your utility bill savings with a solar battery. The battery can discharge to the grid during peak demand hours, selling your stored electricity at a higher rate. With Sunrun, the technology to manage this timing is automatic and updated remotely if any changes to the peak demand hours occur with your local utility.

Regardless if you have a battery or not, you can avoid unpredictable, higher TOU rates from your utility company if you shift your energy consumption to mid-day hours, instead of after work or at suppertime when it’s the most expensive.